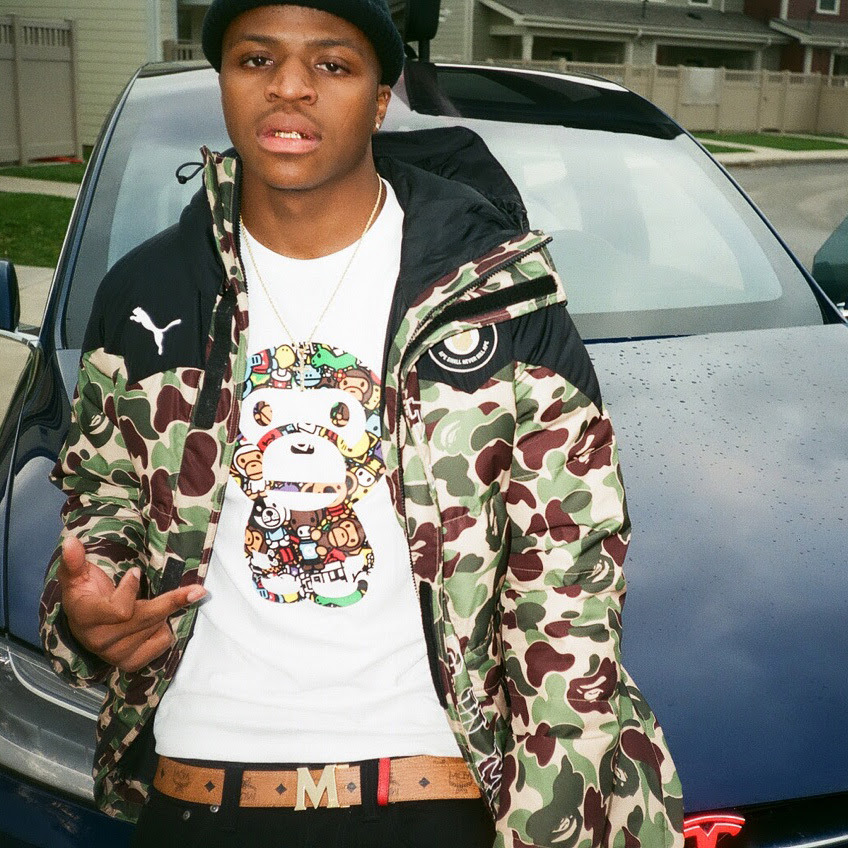 Mikey P, aka PHOD, is an independent American rapper from the Hill District neighborhood in Pittsburgh, PA. Citing artists like Tupac, Jay Z, and 50 Cent as early influences on his music, Mikey P honed his skills in the studio by crafting mixtapes and singles with close collaborator and producer Sam Conturo. Each project proved better than the last, and, with the addition of crew members, Mikey P began releasing material consistently.
In one year, Mikey was able to cement himself in Pittsburgh as a top 5 artist to look out for. Unfortunately, however, tragedy, a recurring theme in Mikey’s music and life, would strike out of the blue. For a month, Mikey was hospitalized. This event forced him to step away from music altogether. “That Way”, a track produced by Wavin Lane and mixed/mastered by Sam Conturo, is the first single and video Mikey P has released since his unfortunate hospitalization.
After taking a hiatus from music to focus on health, family, and other issues bubbling around him, Mikey P has returned to music with the drop of his latest single “That Way” with support from Linwood. Featuring an eerie set of scattered drums and a bass that’s sure to have your head bobbin’, Mikey P and Linwood float smoothly on by. The Wavin Lane produced track is oozing in emotion, unraveling slowly but steadily.