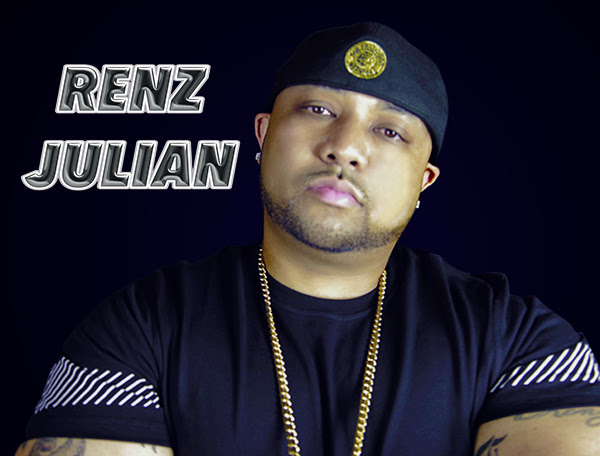 Renz Julian aka Playa Renz is a Bay Area rapper/singer, producer, and CEO of Field of Dreamz Ent. LLC, distributed by EMPIRE. A product of an African American father with cuban ancestry, and a Filipino mother in the The east bay area of northern California. Renz made it through a tumultuous upbringing in a household engulfed in drug abuse & domestic violence. He found himself bouncing from home to home, living with different friends & relatives as a youth, and learning to hustle to survive. A native of Oakland, & Antioch Ca founded the record label Street People Ent. in West Oakland CA with former business partner Salim The Uneek. He released a series of underground releases under the name Playa Renz, and built up a solid street following in the bay area thru independent mixtapes, and performances. The former St. Mary’s College football player took a short hiatus from music to pursue a pro football career in mini camps with the Atlanta Falcons, CFL’s Calgary Stampeders, and played a season with Rapid City of the NIFL. After deciding music was his true passion he decided to return to the Bay Area and form a new label Field of Dreamz Ent. LLC.
He since has garnered national and international airplay for multiple singles & music videos, and worked with many heavy hitters in the industry. The list includes Twista, E-40, Tom Slick of Colipark Music (Souljah Boy), The Jacka (RIP), Mistah FAB, Clyde Carson, J. Stalin, C-Major (Shady Records), The Hoodstars, Big Rich, Mike Marshall, Traxamillion, & more. An entrepreneur and street activist, Renz also founded T.H.U.G. Scholarship in San Jose, Ca. The program is a fund for Bay Area minority youth enduring hardship and pursuing a higher education. He also released an album & documentary series under the same title, for more info on the project visit thugscholarship.com.
A product of a single-parent household, Renz was forced out to live on his own by the age of 14. Being shuttled from home to home due to domestic violence & drug problems within his household, Renz took to the streets and learned to survive by hustling in various ways. A gifted athlete, Renz went to college on a football scholarship, and had a brief stint as an Arena football player. After injuries, clashes with coaching staffs, & battles with drug & alcohol addictions, Renz found himself back home in West Oakland, Ca. Hustling with ambitions of starting a record label, He and partner Salim formerly of the group “Goldfingaz” formed Field of Dreamz Ent. (formerly Street People Ent.), a record label & recording studio on Sycamore St. of West Oakland, Ca. After an unstable upbringing, & the deaths friends & family members, Renz has been driven to find success in the music industry. His goal is to use music to tell his story and help uplift impoverished, neglected inner-city youth.