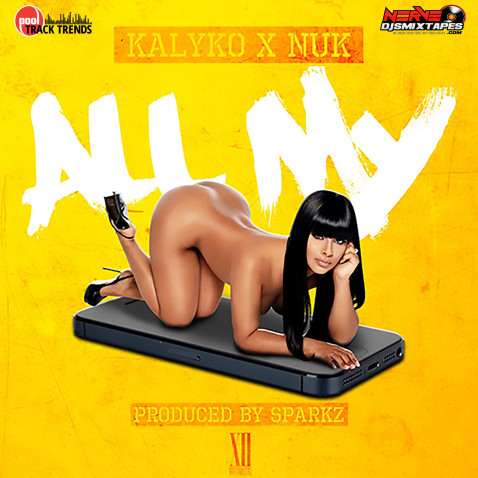 Kalyko is more than just a rapper, he is an entertainer/songwriter.
It’s the drive and determination Kalyko bring to the table that makes him different than any other. Kaly has been grinding for years now and it’s finally his turn to show the world that Hard Werk DOES PAY OFF!!!Kalyko was born Kory Wilson on March 5, in England on a military base. At the age of 3 he moved to Cincinnati, Ohio where his family originated. Kalyko started rapping during elementary school, where he was always in trouble for banging on the table and rapping. At the age of 12 he started recording in his own bathroom. Meeting with producer Sparkz at age 13, is what really topped everything off and the movement began.

During his high school years where he attended SHRODER PAIDEIA ACADEMY is where his buzz started to spread throughout Cincinnati. In 2004, Kalyko and producer/friend Sparkz Tha Trakman formed the group Clapp Squad which they dropped the albums “Hood Life” & “Take 2″on Reddmouth Entertainment and also selling numerous copies throughout the city. “We used to catch the bus to malls and schools just to promote getting kicked out plenty of times”. They now go by HARD WERK and consists of Kalyko, Sparkz, and Holliwood Vino. In 2006, they dropped the self titled mixtape Hard Werk hosted by DJ Dimepiece of Core Dj’s and 101.1 the WIZF (now radio personality in chicago, ill).
Kaly started to really perform and make appearances on a daily basis in 2008, where he would do a lot of opening acts and some features. And he really made a name for himself with his single “Get It” which is on several radio stations, satellite radio, mixtapes around the country and Music Choice channels. “GET IT” peeked #5 on the Billboard Charts and since he has never looked back. He started a record label in 2011 called “HARD WERK ENTERTAINMENT” and released his new club banging singles “AMBER ROSE” & “WALK TO ME”. Kalyko brings a new sound that no one can resist. He has worked along side artists such as Gorilla Zoe & Jarvis where he co-wrote the singles “Papered Up”, “Crazy”, & “Tell Em”. He has also released multiple mixtapes online: HARD WERK/ CINCIKALY/ CINCIKALY 2/ HARD WERK TV via datpiff.com & midwestmixtapes.com. the self-titled LP “KALYKO” is now available for purchase on all digital download sites such as itunes.com, rhapsody.com, etc.
Instagram.com/KALYKOMUZIK
Twitter.com/KALYKOMUZIK
Facebook.com/KalyMFko
SoundCloud.com/KALYKO